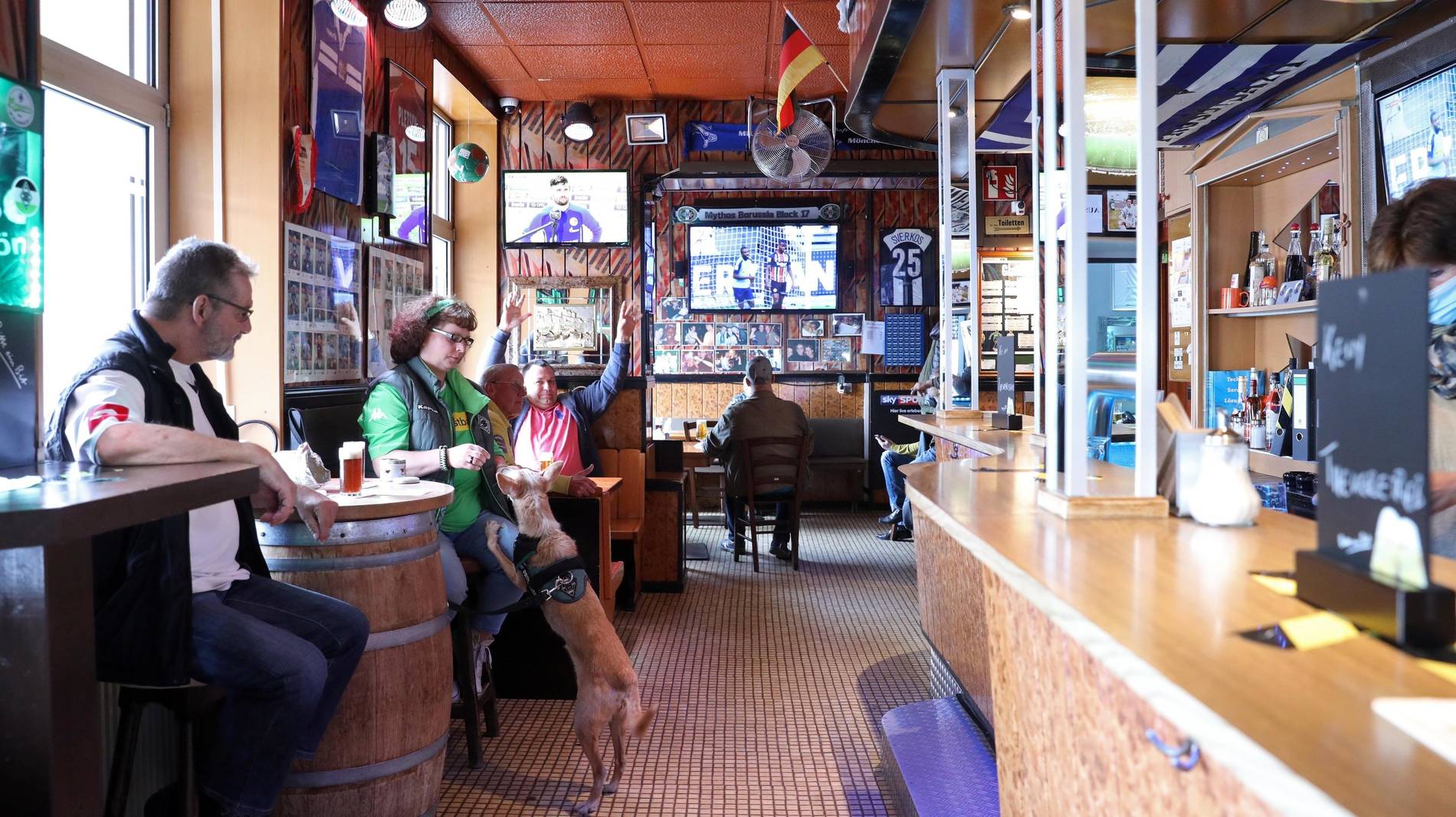 Gladbach see off Shakhtar with a comfortable win. Stindl opened the scoring from the spot after Embolo was clumsily brought down and Elvedi headed in a second from a corner.

Embolo scored a brilliant overhead kick just before half-time to put them up. Wendt rounded off the scoring in the 77th minute when he floated a cross into the box from a free-kick and it snuck in at the far post.

Gladbach remain unbeaten in the Champions League at the top of Group B and are now four points clear, putting themselves in a good position to qualify for the knockout rounds.

Their attention turns to the Bundesliga where they face Schalke. Shakhtar are still second in the group, but that could change depending on the result in the other game.

Next up for them is Dnipro-1 in the league at the weekend. GOOD SAVE! The corner isn't dealt with by Gladbach and it falls to Tete on the edge of the box.

He makes a driving run to the far post before hitting his shot and Sommer tips it over the bar. Lainer is caught out by Moraes' run and brings him down to earn himself a yellow card.

GREAT SAVE! The corner comes through to Matvyenko, who is unmarked in the middle of the box, and he throws himself forward to head the ball on target.

Sommer dives across and tips the shot wide of the post. It's well worked by Shakhtar after Antonio nicks the ball off Ginter.

They switch play out to Tete on the right and he cuts inside before curling a shot on goal and a deflection off Wendt takes it looping onto the roof of the net.

Gladbach are once again happy to just sit back in their own half and let Shakhtar keep possession. They're in no hurry to move forward and it's all in front of the home side.

Last change for Gladbach now and it's Traore that's coming on for Thuram. Tete floats a good cross into the box from a free-kick on the right and he picks out Moraes in the middle.

He flicks his header onto goal, but it's straight at Sommer down the middle and the keeper holds onto it. Final roll of the dice for Shakhtar now, with Maycon replacing Patrick.

Another change for Gladbach now and it's Stindl that's making way for Benes. Shakhtar are on the attack again now, but it's slow from the visitors.

Tete plays a ball out to Patrick and continues his run through the middle, but he can't get on the end of the return pass.

WENDT SCORES! Gladbach won a free-kick on the right and he steps up to take it. He floats a brilliant cross into the box but no one in the box gets a touch on it and it sneaks in at the far post.

Plea plays a good one-two with Thuram on the edge of the box, but the substitute can't keep hold of it when he gets the return.

Gagliardini fouls Kramer near the halfway line and then gives the referee a piece of his mind to earn the Inter man a spot in the referee's book, which has filled up quite significantly this match.

Lukaku volleys over the bar from inside the six-yard area but none of that will matter as the assistant has their flag up for offside.

If the Belgian had left that for Sanchez, the Chilean was both onside and one-on-one with Sommer. The visitors stall and waste as much time as possible before taking a free-kick.

When they eventually do take it, Brozovic's effort is deflected behind for a corner. Lukaku is shown a yellow card for his role in time wasting for Inter.

Perisic comes on on the left for Young, who missed a sitter earlier in the half. There was a bit of friction on the touchline following the disallowed goal, which earned manager Rose a place in the referee's book.

Zakaria covers well to slide and intercept from Lukaku, who catches the Gladbach substitute in the head as he stumbles over. The hosts' medical team rush on to tend to Zakaria and after a little bit of attention, he gets back to his feet.

Young is Inter's next caution as he flies into a tackle through the back of Plea. Given that Inter lead by a goal, they still surprisingly appear intent on pressing as Gagliardini leads the charge near Gladbach's corner flag.

The hosts do play through the press before Plea is clattered near halfway by Young. Full-back Wendt is taken off for Wolf.

WHAT A MISS! Sanchez makes great progress down the right, reaching the byline before pulling it back to Lukaku. Two Gladbach shirts get in the way but deflect the cross towards goal, where Young is stood but he then somehow from two yards out manages to miss the target entirely.

Thuram profits from Sanchez's carelessness and then slides in Plea, who grabs his second goal of the game. Another goal for Frenchman Plea gets Gladbach back in the game.

Sanchez had given possession away before Thuram rolled in Plea, who places a right-footed effort past Handanovic from inside the area.

VAR has a quick check for offside before confirming the goal stands. Lainer slides in and catches both Sanchez and Gagliardini, getting none of the ball and deservedly goes into the book for his efforts.

Hakimi paces past Wendt, reaching the edge of the area on the right before playing in Lukaku with his right foot to make it Lukaku gets his second of the game as he powers a left-footed shot high to the right of Sommer from inside the area.

However, it was Hakimi who did all the hard work, racing away down the right-hand side before cutting a pass back towards the Belgian.

Sanchez is Lukaku's new partner up top as he comes on to replace Martinez, who looks visibly frustrated with Conte's substitution decision.

Martinez and Lukaku combine once more, with the Argentine dancing round three defenders on the edge of the area, before wasting the opportunity as he stalls for too long instead of shooting.

Barella is the next caution of the game for a bad foul on the edge of the area and then stopping Gladbach from taking the resulting free-kick quickly.

Stindl, who has been largely ineffective this game, is replaced by Embolo as Rose looks to chase the game.

Gagliardini, who was on hand to help Brozovic dispossess Thuram for the third goal of the game, is clattered by Stindl and rightfully takes a few moments to gather himself before taking the visitors' free-kick.

Lazaro takes an age over a throw-in, which seems needless as the Gladbach man eventually plays backwards, as his side look to bounce back from Lukaku's goal.

Brozovic dispossesses Thuram, with the help of a few of his Inter colleagues, before releasing Lukaku with a right-footed pass and the Belgian does the rest.

Thuram gives the ball away near the centre circle and Lukaku gets played in by Brozovic's throughball. OFF THE POST! Martinez ghosts inside Gladbach's defence as he latches onto Lukaku's chested pass, before leaving Sommer motionless with his curling right-footed effort towards the Swiss goalkeeper's left.

Unfortunately for the visitors and the Argentine, his effort from just outside the area, cannons off the post and away from danger.

Lukaku uses all of his strength and body position to force Zakaria into conceding a throw-in wide on the right. Conte's men then work possession across the pitch, eventually finding Barella, who is tackled firmly by Ginter.

Darmian, who opened the scoring in the first half, is replaced by Hakimi in the right wing-back role. Four Gladbach shirts stand over the free-kick and, following a bit of deliberation, Plea's effort is blocked by the wall and trickles out of play.

De Vrij is booked for his foul on Thuram, after the French forward had coasted round Inter's centre-back outside of the area. Zakaria deals with Lukaku near the halfway line before Thuram is fouled down the other end by De Vrij to give Gladbach a free-kick in a decent position 30 yards from goal.

After a minute or so of treatment and a stoppage in play, Martinez eventually returns to the pitch, still looking angered by Lainer's tackle.

Martinez is down waving his hands in the air after a strong sliding tackle by Lainer. Physios come on to treat the Argentine striker, who looks in considerable pain, despite replays showing the full-back's tackle was both clean and fair.

Skriniar looks nervous for a moment as he prods with his left foot towards his own goal and his interception sails just wide of Handanovic's right-hand post for a corner. 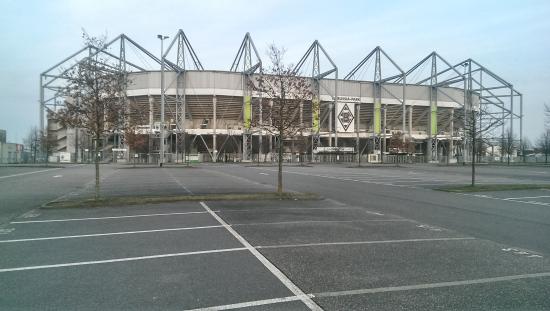